Yesterday, I had Ben Johnson write about what it's like to walk around and not have people constantly trying to rape you. Today, guest contributor Lindsey Baker, gives her side. 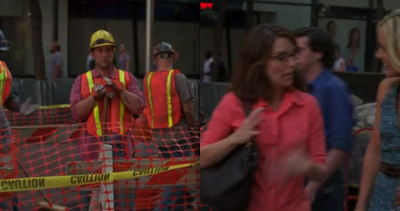 I hated my roommates in my first year of undergrad because they were literally all on either Lithium, Wellbutrin, or some Prozac-type shit. These sad sacks of shit were constantly sleeping, watching Seventh Heaven, or eating troughs of mushed Hot Pockets and mac ’n’ cheese. They were phenomenally bad at partying because if you’ve ever been on any of these sadness medications, you’ll know that you’ll puke your face off after one round of Asshole. I think this puke also has something to do with sucking at life, but I’m pretty sure this is a real issue for the depressed, like sadness-booze doesn’t work like normal-booze if you’re on this shit.

Lithium Girl had a stupid boyfriend who was also on some sadness medicine that caused him to bring his Play Station to our apartment for me to enjoy while he and Lithium Girl had their loud five-minute fake orgasm sex followed by really intense twelve-hour naps. I played the dogshit out of Grand Theft Auto because I was poor and didn’t know anyone else besides my sadness roommates and my boss who made me watch his cranky parrots every other weekend. Being the daughter of an ex-boxer/amateur arm wrestling psycho who frequently dented the family’s Thunderbird by slamming local teenagers into the hood when they made fun of my Halloween costumes, I obviously loved the Grand Theft Auto cheat codes because they allowed me to basically just beat the shit out of anyone without performing any of the “missions.”

A few years later, once I graduated from sadness college and started making friends with actual humans that liked going out and were better skilled at combining prescription drugs and booze, I found myself and my lady friends constantly getting cat-called, like everywhere we went, day or night, regular hood or gentrified hood, regardless of arm-pit hair, sweat pants, or normal lady clothes, constant fucking cat-calls. Once while riding my bike, a gentleman slowed down his truck so his passenger-buddy could lean out the window, yell, “hey, sexy,” and slap my ass. Later after I cried a little bit, I discovered that my ass even looks good even when it’s plopped down on my bike saddle. This trauma caused me to begin barking, belching, fake farting, or just screaming, “fuck your mother’s dick” at anyone that said anything to me or my friends’asses. For some reason this trauma also caused me to get wasted and slap random girls’ asses at parties and bars usually as I was leaving for the night. On one occasion when I wasn’t leaving yet, some excitable booty-girl tried to reply to my ass slap with a titty grab, a weird kiss-bite thing, then later a make-out session in an alley with my ex who was maybe not so good at the booze and sadness drugs combo. Whatever, life sucks, that’s why they have sadness drugs, right?

All of this ass slapping happened a few years ago around the time some cute nerd girl created the game, Hey Baby, which is basically like using the cheat codes in Grand Theft Auto and just shooting the shit out of anyone who talks at you. Its fun for three minutes but like Grand Theft Auto, I’m left just wanting to IRL stab the seemingly homeless, toothless cock-bags that talk at my ass or my “expensive” tattoos. Yes, they were “expensive” because I didn’t go to some fucking baby-mama’s name pop-up shop in my cousin’s kitchen. Fuck You.

Last night/today, I worked until 4AM in a grocery store because I have an MFA and I’m not sure what else I’m supposed to do for money other than ride the train home with a bunch of dudes in the middle of the night. This is New York City, not some weird Arab country, so why am I literally the only girl on any train besides the occasional party animal passed out in her boo’s lap? It's basically horrifying to go anywhere, ever, without some retard talking at my lady body.

Maybe its from those lonely, angst filled evenings I spent shooting up hundreds of people in Grand Theft Auto, or maybe its because anytime my booty is combined with my girlfriend Kelly McClure’s booty, we create this free and natural bum Viagra, but I want to kill. Its 90 degrees out and I’m grumpy and maybe eugenics isn’t that fucked up. Maybe my girlfriend will have to call my parents and ask them to dip into my sister’s dowry for my bail. Seriously though, what if some bitch just lost it on these fuckers? I’m that bitch and my future prison tats are gonna be “tight.” I’m totally getting the name of the shit head I murder on my ass, (next to Kelly McClure’s name of course.)

I had this other shitty job in Philly a few years back. One lady coworker excused the at-work booty compliments as just that, culturally justifiable compliments. She truly believed that these pieces of somehow living shit “didn’t know any better.”

Ok, retarded thug babies of the world, I’m not trying to gentrify your life, I’m more in debt than you are, but if you say anything about my ass or the beautiful booty of Kelly McClure, I will in a real and physical way, rip your shit-stained arms off of your urine soaked body because my girlfriend and I were just trying to walk down the sidewalk to buy cat food and diet-friendly booze to combine with our sadness for having such “pristine” asses. You want a booty. Here you go.