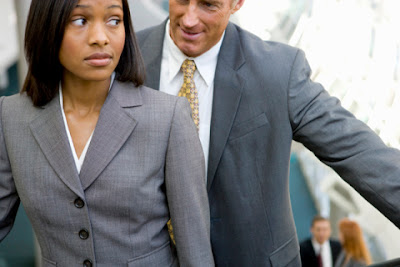 I don’t often get asked for my opinion about anything. I volunteer it way more often than anybody should. I don’t give anybody a chance. When somebody actually asks me for my opinion, though? I mean, that’s great. I love that.

Man. I just want to sit here and soak that up. I feel like one of those middle-aged bathtub people from the dick pills commercials right now. A nice chilled Chablis, a bathtub perched on the crest of a cow pasture hillock, and my middle-aged wife I am now thanks to modern chemistry physically capable of having sex with. We are going to slap our gross, flabby bodies together out here in the open and then retire to the expensive B&B where we are staying.

Kelly McClure just asked me to write something from the perspective of a man about what it’s like to walk around all day without anybody being a gross sex jerk to you. Apparently Kelly and her girlfriend Lindsay can’t walk one inch without some dude commenting on their bodies, or calling them “baby” or “beautiful,” or just generally reminding them that men rape. Kelly wants to know what it’s like to “never have to worry about these things, and literally be able to walk around, unbothered, at all times.”

Whatever. It’s nice. I walk around, nobody generally bothers me. It’s nice. It’s how you’d think it would be. I don’t walk around going “LA LA LEE, I AM ME” all day long, like I have my own walk-related worries, akin to “What if that guy decided to beat the shit out of me for no reason, could I hold my own long enough to jab him in the eye and run?” I also have “Where’s the best place to look when a woman with nice breasts is walking towards me? I’m going to go with the ground, but maybe that’s a classic breast perv move.” But those are total non-burdens that only feel like burdens because they’re my only burdens.

There was that one time a guy walked up to me and held a knife to my jugular. So there’s that. That can happen to anybody. That guy didn’t want to rape me, though. He also didn’t want to rape my friend, a woman who I was with at the time. And he didn’t hold a knife to her jugular either. I think it was some street thug code about respect because the guy was a street thug and he kept saying “it’s about respect.” But that was an isolated incident. Nothing you can do about those. Maybe try to stay out of shitty neighborhoods and don't walk through parks at night. General safety awareness minus vagina. Yeah. I have to deal with an amount of that. But it pales in comparison to "50 percent of the population has rape in their heart and, almost worse, a lot of them can't shut up about it."

Day-to-day I pretty much just walk around worrying about other stuff. Like “what if I’m never more than this,” and “can I ever forgive myself for being an incomplete person” and “hey I just met you and this is crazy but here’s my number so call me maybe.” Regular good old fashioned existential dread. On my way to and from Subway to get a sandwich I will not enjoy. All day long. I guess that’s pretty good, I don’t know. I never think about how much worse it could be. It’s one of those things you don’t have to think about until somebody asks for your opinion about it.

Just one of those “oh yeah we’re different” things, like how sometimes girls sit down to pee and then accidentally poop, like a poop bonus, and that can just happen because the whole sit/stand thing isn’t such an either/or proposition, and this feels like a summation of how females are so flexible with the expression of their emotions, that shit and piss are the same and not a fun one you can stand and have conversations about baseball during and a lame one you have to sit and be patient for and pretend isn’t happening, for women it’s just all one great necessary-to-sit-for purging, and one part of the purging is occasional fucking vagina blood, and that’s another one where it’s like “oh yeah, maybe that’s an anatomical metaphor for why my girlfriend can be SO HAPPY one minute and then totally fucking furious in the next one” while being mermerizingly beautiful like time-lapse weather rolling across the savannah, and you marvel at primeval womanhood. One of those differences.

Also, I don’t want to blame the victim here, but maybe New York City is an overpopulated shithole that is going to fall into the ocean within the next 20 years, and it’s already, constantly and always, operating under Thunderdome rules, and you should consider not being in it if you want to be a human.

@itisbenjo
Posted by Ben Johnson at 11:20 AM