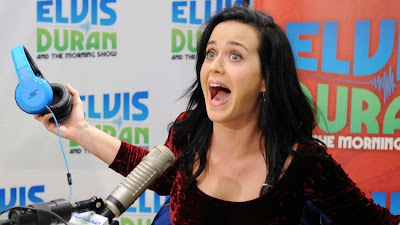 OK. This is me crying “Uncle.”  I finally decided to engage modern pop music at large in a dedicated way. After spending years ensconced in the underground, relatively speaking of course, I've accepted the fact that that's the cultural equivalent of staring at one's shoes. So what's my motivation? Well, over the past several months someone very dear to me has occasionally played me songs and I've said, “Wow, I never heard that before!” and, nearly invariably, they responded, “You don't know this song?” The internal result is a slightly sinking feeling that, pal, you're just not with it. It's the first time I can ever recall where I've experienced the feeling that everyone complains about when a record clerk looks down his nose at those Zeppelin records you want to unload. You don't know this song? Hold on. I'm about to.

So I started using Spotify.

Yes, I know all the stories about how no one makes any money off of it, and how it's woefully unscalable and all that. But short of keeping my car radio pegged to some Clear Channel outlet that insists on broadcasting the exact same ten songs over and over it's gonna be Spotify. But it's not enough, really, to say that I'll listen. I want you to know I really have. To this end, if I can keep up the dizzying pace, I'll be running through Spotify's Top Ten tracks streamed in the US on a semi-regular basis and, you know, putting my thumbprint on 'em. Give me some room, though, because I know a lot of this is gonna be old news for some of you. You've heard all these songs billions of times. But you've not yet heard what I think of them which is as appropriately out of touch a thing to say as I can muster right now so let's get on with it.

Utterly catchy and memorable and, yes, THE SMASH of the summer. Hell, I sing along, too, when I hear it. But let's get some things straight: It's been a long time since anything this mild created so much controversy. Hell, I can show you vodka ads that are worse than this. And, sorry Estate of Marvin Gaye, this really doesn't sound like “Got To Give It Up.” I'll concede it recalls that song but that's where the comparison ends. On another note, doesn't anyone really believe Robin Thicke? He's a 36 year old married man who's been with the same woman for the past 20 years.  This is not the man who's gonna take a good girl and do...anything. (Side note: the uncensored video for “Blurred Lines” is boring. Don't even bother. The most entertaining part is the silver balloon words and the joke is so obviously dumb [read: really dumb. Bordering on frat-boyish but remaining at snickering middle school level] that picking on it further is just piling on.

I never “got” Jay Z.  Literally the only thing good about this is Justin Timberlake doing his Frank Ocean best throughout it. When the “Hova” gets in there it becomes this ridiculous rant about how fame is hard and he can't stand “psycho bitches” and paparazzi and BLAH BLAH BLAH. Whatever, tough guy. #OccupyAllStreets, amirrite? Worst Nirvana rip off imaginable, too. Oh, sorry, “interpolation.” Whatever. Nevermind.

Oh, cripes this is the worst. Remember that band Rednex that had a hit with their dance version of “Cotton Eyed Joe?" This is that only slower and with zero humor. If vocalist Aloe Black is supposed to be a soul singer why does he sound so much like one of Mumford's sons?

Yes, you can. But you won't. Nice job making the “party” sound like a thing to be endured. Oh, yeah, anytime somebody says something like “Remember only God can judge ya” its got the same level of convincing oomph as people on Jerry Springer who are all like “YOU DON'T PAY MY BILLS!”

Finally a song I can actually listen to, actually enjoy, and don't mind at all when it comes back around. A lot of the sounds are filtered through years and years of musical extrapolation and reinterpretation but damn if I don't hear bits of Killing Joke and Synchronicity-era Police in this.

Nice horns. Too bad it took over three minutes to get to them and the song was over at four.

Catchy and sweet in it's own special way. Similar to The Postal Service but who cares, right? And if you weren't there, don't be fooled: The 1980's didn't sound like this. At all. EXCEPT for that one part at around 1:30 into it where the music melts into itself and sounds like a smooooooth R&B breakdown. OK, yes. The '80s did sound like that. Except when it sounded like Huey Lewis & The News and John Cafferty & The Beaver Brown Band.

Don't mind this at all. If you're gonna ape Michael Jackson this is the only way to do it. But that's also a little reductive because this sounds a whole lot more like Earth, Wind & Fire than Mr. Man In The Mirror.

I am Katy, hear me roar. I can't even believe I started this whole piece on Robin Thicke's supposed ripping of Marvin Gaye when Katy here manages to steal from Helen Reddy, albeit granted to no real effect. But she also steals from Survivor. Who does that? What is going on here? Who are you people?

Until next time. I remain...

@gordonlamb
Posted by Unknown at 9:29 AM