Some members of the human race were born with an innate ability to run very fast over short distances, while making very quick changes of direction and possessing abnormal vision, dexterity, strength, and coordination. They are athletic freaks of nature and geniuses of proprioception, these people. Some of them worked very hard for their entire lives to emphasize all of these qualities to the maximum amount a human body is capable of, and some of those people did not get injured in any major ability-sapping way, and some of THOSE people are wide receivers in the NFL.

You are none of those things. You are a skidmark on the transient homeless man’s undies of human-scale time. You are so insignificant you might as well already be dead. Your fantasy football draft is coming up soon.

Why don’t you take the incredible gift of consciousness which no other animal in the known universe has been granted and use it to take a look at some wide receivers that you can pretend to have in a fake football team that only exists in your own mind? You should do that. Here are some good ones: 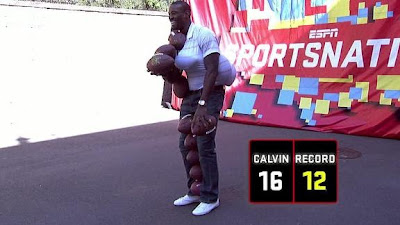 1.     Calvin Johnson, Detroit Lions
My maternal grandfather who died before I was born was named Calvin. So far I’ve had some pretty bad luck in the “being named the same thing as a famous athlete” department. So, you know, thanks a lot for ruining a good family name for a nonexistent future son of mine, asshole. I have to think about these things because my DNA is important. Please please say my DNA is important. 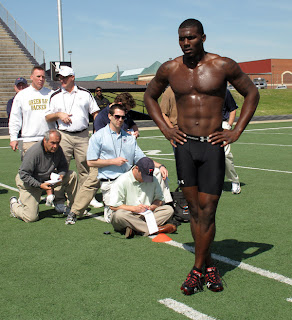 2.     Dez Bryant, Dallas Cowboys
Speaking of important DNA, it came out last year after a since-dropped assault charge that Dez Bryant’s mom had him when she was only 14 years old and has a murky legal history of her own. I am not judging. We are all alone in this uncaring world; most of our offspring are as important in the grand scheme of things as fruit flies, and most of them can’t catch a football. Many of us don’t even have children, which is dumb because having children is the only accomplishment that could possibly thwart the inevitable total galactic failure of the species. 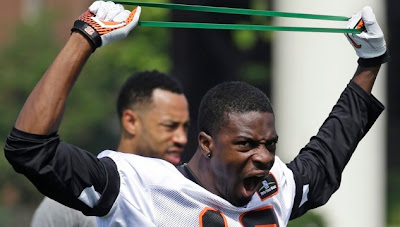 3.     A.J. Green, Cincinnati Bengals
Green was targeted on passes a total of 175 times last season, which accounted for 31% of the Bengals’ total targets, and he averaged 8.2 yards per target. That means he is very good at catching a football, and also it means absolute nothing. 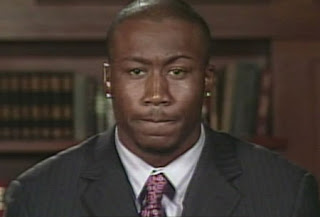 4.     Brandon Marshall, Chicago Bears
I admire Marshall for being upfront about his BPD diagnosis and sticking to a treatment plan that appears to be working for him. According to the feature by Doug Farrar linked to above, one symptom of Borderline Personality Disorder includes “heightened feelings of loneliness and boredom.” It’s probably not easy to be diagnosed with Total Sanity In The Face Of The Indifferent Infinity Of Time And Space. Throw a football near Brandon Marshall and he will probably catch it. 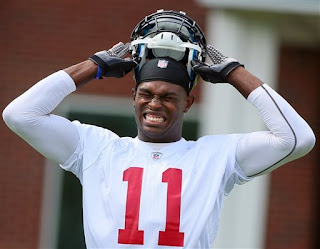 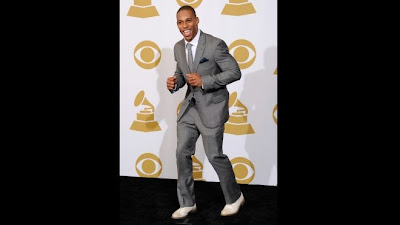 6.     Victor Cruz, New York Giants
If you draft Victor Cruz for your fantasy team, you will have an opportunity to salsa dance along with him in celebration of his touchdowns. If you are a white male, this will mark perhaps the only time that salsa dancing is anything but a richly deserved ritual of culture-based humiliation intended to remind you how indelibly unfuckable you are despite your heritage of global domination. In terms of mating strategies, there are a lot of ways to skin a cat, and you’re a part of the rich-but-basically-otherwise-unfuckable tradition, bro. Fuckin’ FOOTBALL! 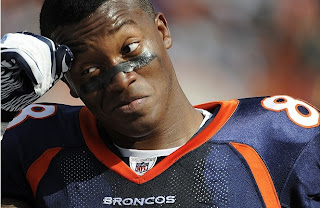 7.     Demaryius Thomas, Denver Broncos
Demaryius Thomas says he “ain’t no superstar.” Neither is our sun, Demaryius. It’s just a regular old yellow, G2 V main sequence dwarf, and it’s dying just like the rest of us. 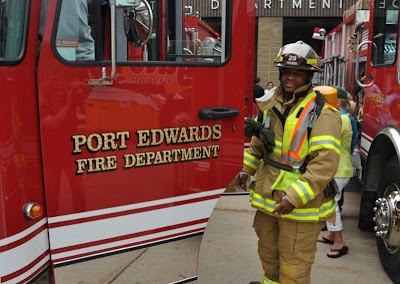 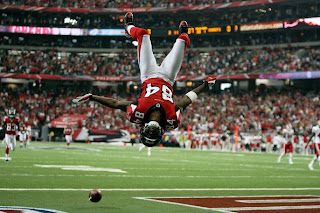 9.     Roddy White, Atlanta Falcons
Roddy White is 31 years old. When you play football for a living, 31 years old is when you start to be an old man. When you live for a living, you start to be an old man when you wonder if Roddy White is too old to be good anymore and you look up his age and it’s two years younger than you are. Roddy White gained 1,351 yards from scrimmage last year in the NFL, which is a lot. He’s doing fine. I’m doing fine. Can we just please have time not go forward on the whole Roddy White thing until I’m ready? 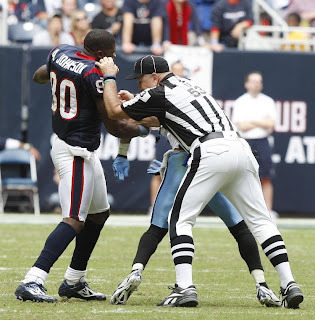 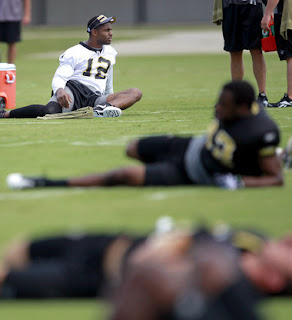 11.  Marques Colston, New Orleans Saints
Colston should be poised for a big year provided he can put his lingering foot injury behind him, and if you think I’m going to look up how old he is, you’re fucking crazy. There’s no way. I’m gonna stick with the shadows on the cave wall as far as Marques Colston’s age is concerned. The fact that we are all as insignificant as dust mites and yet we can ACTUALLY KNOW IT is a cruel, cruel joke. 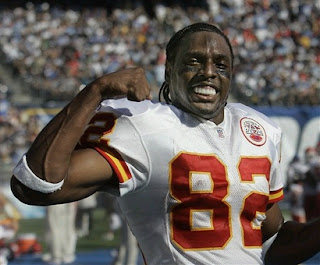 12.  Dwayne Bowe, Kansas City Chiefs
New Chiefs coach Andy Reid should probably try to get this guy the ball a lot somehow. Except Andy Reid doesn’t play quarterback. Instead he stands around looking like a walrus in the rain. Okay, boring cheap shot on Andy Reid, but come on, you guys. After this I get to be done soon. With life.

Other receivers: Jordy Nelson, Steve Smith, Larry Fitzgerald, Reggie Wayne, Vincent Jackson, Antonio Brown, Steve Johnson, Wes Welker, Hakeem Nicks, Tavon Austin, Danny Amendola, Pierre Garcon, and, you know, a bunch of other guys. What do you want from me, INFORMATION? Everything we’ve ever done is like a dream of a fart in the wind.