Fall is just around the corner, and with it, a beautiful and briskly unavoidable reminder of the eventual death of all things. As the leaves turn colors due to the gradual, inevitable progressive withering of ever less efficient photosynthetic cells, so too are we all slowly declining, in pace with the unhaltable march of time. As fruit from the tree of life must fall to the earth and rot, we must make preparations for the bleak, unending winter of eternity. That’s right: it’s fantasy football time!

Many regular, average men and some regular, average women who enjoy American Football must now turn to their online resource of choice to see what people who actually get paid to give a shit have to say about what players are most likely to do well at generating arbitrary statistics, and then choose those players for a fake team of arbitrary statistic-generators, and then, eventually, lose $20 to somebody’s fucking brother in law who picked up Russell Wilson. It’s a new American tradition which combines our national proclivities towards celebrity fascination, gossip-mongering, pointless hand-wringing over inconsequential decisions, massive-scale timewasting as evidence of relatively luxurious lifestyle we all take for granted, luck and timing as proxy for business acumen, and football.

Yes, these modern age gladiators are back again, getting us yards and TD’s and distracting us from both the problems we are not currently having and the fact that we are one day going to die.

Here are some Quarterbacks you should pick for your fantasy team: 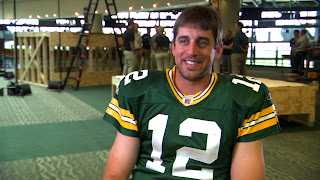 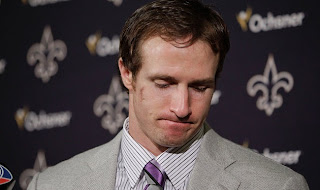 2.     Drew Brees, New Orleans Saints
ESPN should do a 30-For-30 documentary about that thing on his face because he is the greatest thing-faced quarterback in the history of the sport. Whoever picks Brees will probably not be too excited about it unless or until he’s Drew Brees all year. Pick him somewhere in the “let’s see I could either have Drew Brees, Matt Forte, or Roddy White” doldrums where no player is exciting anymore but you can’t afford to waste a pick on anybody who might be amazing. 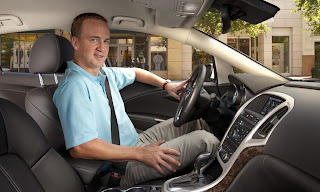 3.     Peyton Manning, Denver Broncos
I still think that Manning’s most elite skill is pretending to be psyched about driving a Buick. He looks exactly like a guy who would totally wear pleated khakis and Walmart gym shoes with an I.D. badge on a short sleeved button-up, driving his Buick to a sales conference, cranking the REO Speedwagon, and singing earnestly along with “Take It On The Run.” Somebody at Buick was a genius to hire him for those commercials. But he’s a pretty good quarterback too, I guess. I mean it’s kind of a shame he’s also a quarterback. That’s how good he is at enjoying Buicks. Also: he’s old and his neck could break and he could die. Pick him in the “now I have my running backs and one or two wide receivers, let’s take a look at QB” range. 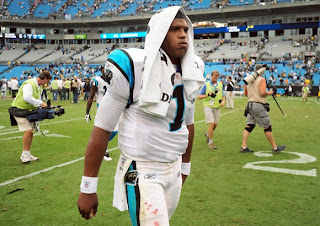 4.     Cam Newton, Carolina Panthers
Newton has been the subject of more than his fair share of scrutiny for things like “body language” and “leadership skills,” which Warren Moon thinks is racist. I don’t have an opinion because I don’t care, but I do detect racial undercurrents in the quarterback position battle in development in the Panthers’ training camp. These things are highly subjective, though. For example I think Newton’s body language is saying, “I’m 6’5” tall and 245lbs. heavy and I can throw a football 50 yards and I can run 40 yards in less than 4.6 seconds, and it pisses me off when my shitty team loses five games in a row.” You will not be drafting Cam Newton because somebody else in your league will draft him higher than you will because you’re curious enough to read anything ever including this. 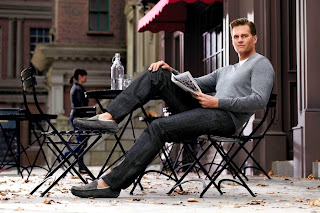 5.     Tom Brady, New England Patriots
Wouldn’t it be kind of awesome if Tom Brady just totally sucked this year without his diplomatically opinionated possession receiver and his alleged murderer of a tight end? Aren’t we all tired of this guy? There’s nothing wrong with him or his quarterback play or his stupid fucking perfect face. He needs to take a few lessons from Drew Brees in the facial perfection department. Pick him somewhere in the fantasy football draft, who cares what’s the point, we’re all going to die and only one of us ever gets to be Tom Brady first. 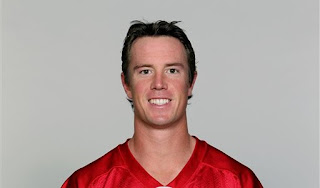 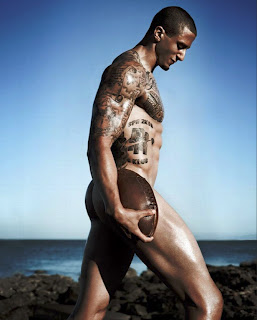 8.     Colin Kaepernick, San Francisco 49ers
When the seeming entirety of the professional athlete world is busy sending dick pics via twitter to various ladies with alternative senses of public sexual decorum, Colin Kapernick is doing tasteful nudes for ESPN The Magazine’s “Body Issue,” which then get posted as banners on the ESPN homepage during a midsummer week I like to call “Goddamn body issue, why doesn’t ESPN know that we don’t buy magazines simply because there might be a naked pole vaulter in them anymore” Week. Anyhow, Kapernick runs the zone-read option offense in San Francisco, which means that holy shit look at those abs. 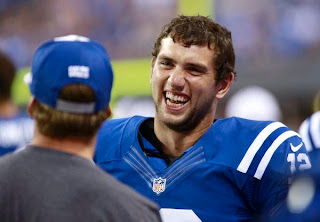 9.     Andrew Luck, Indianapolis Colts
Andrew Luck is a good quarterback to pretend to have be the quarterback of your pretend team that you’re the only person in the world who knows or cares about. How many people are there in your fantasy football league? Ten or twelve? Let’s put it this way: you have as much chance of winning your fantasy league as a species of living thing had of surviving the Permian-Triassic Extinction Event (according to Wikipedia also known informally as “The Great Dying”), the planet’s largest mass extinction which occurred 252 million years ago and has been linked to elevated CO2 levels. So you know, maybe you can worry about something better than who will be the ninth best fantasy quarterback this year. 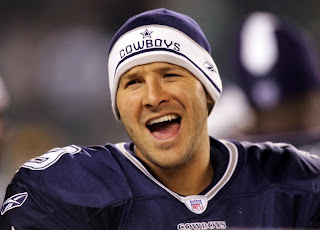 10.  Tony Romo, Dallas Cowboys
Tony Romo’s face is so douchey it’s like he’s your one touchy/funny friend in a sports bar making fun of douches so hard you go from laughing to being like “calm down, man, they’re just people, relax,” except that’s his face ALL THE TIME. I bet when he talks he’s like “Ehhhh deh-deh DEEEEHHHHH” and you’re like “Jesus, Tony,” and his wife takes you aside and says, “That’s just how he asks how your weekend went, it’s a speech impediment.” Anyhow, if Tony Romo is your fantasy football quarterback, it’s probably because you have a lot of awesome other guys already. 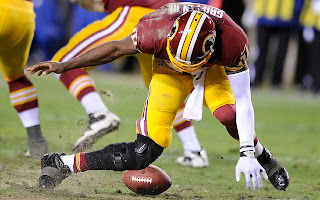 11.  Robert Griffen III, Washington Roentgens
He’s probably going to be a lot better than this, but in order for RG3 to be football Jesus, he has to die. And it sure seems like he wants to. 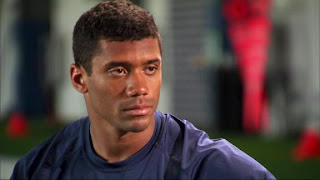 12.  Russell Wilson, Seattle Seahawks
This guy runs and throws the ball. He is short but he is great. Also other people run and throw the ball. Andy Dalton and Eli Manning and Ben Roethlisberger. Just get them and then pretend they’re your own person that you have in your pocket. Live like there is no death. Ride. Ride into the night without a steering wheel.