Some guys run with the football and they are fast and strong. These are some of those guys.

If you watch them running with the football and they are good at it, you will not be thinking, in that moment, of death and decay. You will be too busy yelping in rapt celebration, a witness to the godlike display of the human animal’s prowess at an arbitrary skill which accomplishes nothing. You will see that there is grace on the earthly plane right here in our cumbersome meat suits, and you will commemorate that grace by eating an entire bag of Doritos and then shitting your intestines out into a porcelain waste removal system.

You can count their yards gained and other measurable triumphs as an accomplishment of your own in the popular game known as fantasy football. Choose wisely. $20 and countless hours of your precious wasted life are at stake. 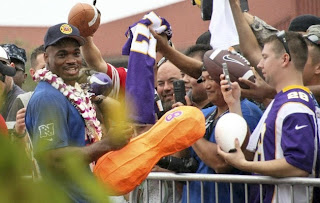 1.     Adrian Peterson, Minnesota Vikings
Unless you have one of the top 2 picks in your league’s fantasy draft, you will not be having Adrian Peterson on your fake team this year. If you do, you will be saying, “For me?” The answer is no, not for you. None of these guys is for you. These guys are for these guys. We are all alone. 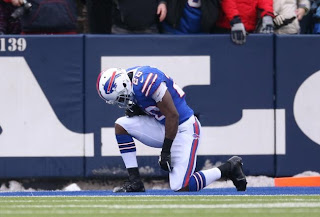 2.     CJ Spiller, Buffalo Bills
Apparently this guy is fast as shit and can run all over the field and do all kinds of fancy football good things, but he plays in Buffalo so there’s no way of knowing whether or not he actually exists. Sort of like the rest of us. 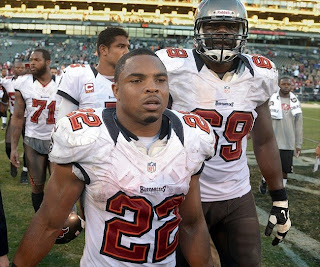 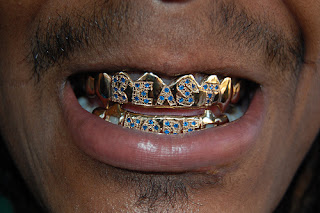 4.     Marshawn Lynch, Seattle Seahawks
Lynch runs into guys and then those guys fall over. That’s his style. Some people think he can’t keep doing it forever. Those people are right. He can’t. Nobody can. Time moves forward and there’s nothing anybody can do to stop it. 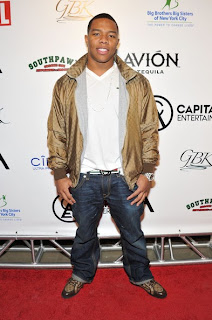 5.     Ray Rice, Baltimore Ravens
Ray Rice seems like a nice guy. He should change his name to “Ray Nice.” You want to make a better joke about Ray Rice, you go ahead. I’m busy dying slowly as the minutes of my pointless life tick away. 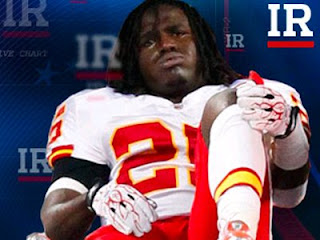 6.     Jamaal Charles, Kansas City Chiefs
Jamaal Charles has a weird foot injury. But that’s okay. He’s come back from weirder. Charles is by far my favorite running back who ever tore a knee ligament while running into a guy dressed as a lion. He’s also my least favorite running back to have ever done that. “Favorite and “least favorite,” along with all other subjective human measurements, are utterly devoid of meaning. 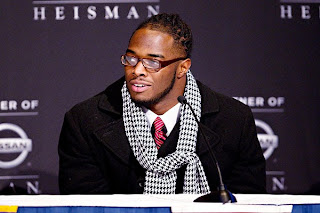 7.     Trent Richardson, Cleveland Browns
In fantasy football it’s often a really good idea to pick a running back who plays for a not otherwise good team who can’t really do much on a football field except give the ball to their running back, and this is called a “Trent Richardson.” He’s like the lady with all the dog photos on her desk at the office who always says that “this place would fall apart if it wasn’t for all the stuff I do around here,” but in the meantime it’s probably going to fall apart anyway because that office is the Cleveland Browns and also because humankind isn’t going to make it. 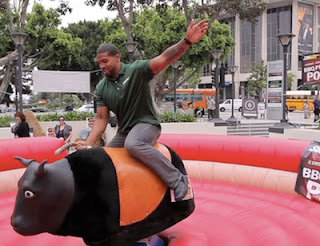 8.     Arian Foster, Houston Texans
Arian Foster is a sometimes vegan who has pain in his back that sometimes shoots into his legs. He might not be available for week 1 of the NFL season. He needs to rest and eat vegetables, for instance chicken. Ha ha ha. Without a place in the food chain, we are run amok, and we will destroy each other and this planet. 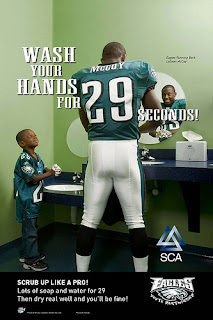 9.     LeSean McCoy, Philadelphia Eagles
McCoy’s nickname is “Shady,” which makes me uncomfortable. My brother had people calling him “Shady” back in college, and despite all reasonable other possible explanations, I couldn’t help but imagine it was some sort of a penis-related thing. Gross. Our bodies are gross bags of disease and rot. 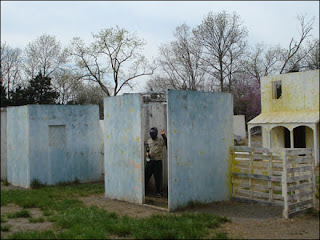 10.  Alfred Morris, Washington Rinkmen
When you are a 6th round draft pick, meaning that you make the same amount of money as a high-earnings investment banker, which by NFL standards is paltry, and you set a franchise record for single-season rushing yards, you have to celebrate in weird ways. Like getting your 1991 Mazda fixed up so it runs like new or playing paintball with some regular dweebs who happened to know what you look like. Alfred Morris is what sports used to look like: a bunch of guys who were good at a sport but who were pretty much otherwise just guys. Now they are internet myths and Twitter demigods, hooked on “Adderall” and divorced from a brutal reality by demand of the people. 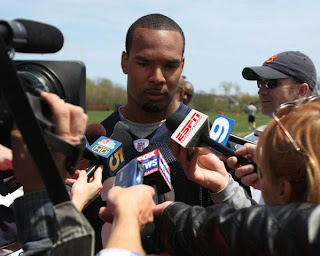 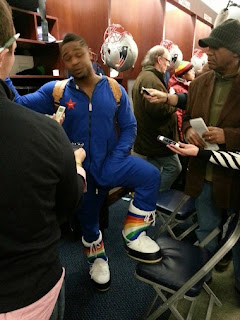 Other running backs include: David Wilson, Lamar Miller, Chris Johnson, Reggie Bush, Maurice Jones-Drew, Steven Jackson, Ryan Matthews, Darren McFadden, DeMarco Murray, Frank Gore, Le’veon Bell, Giovani Bernard, and also other running backs. Get them and watch them and yelp at their televised visages to achieve. Count their every breath via live internet uplink to your mobile devices sent to you in the restroom during your cousin’s wedding. Destroy all boredom with wartlike blossoms of additional boredom. Live. And die.