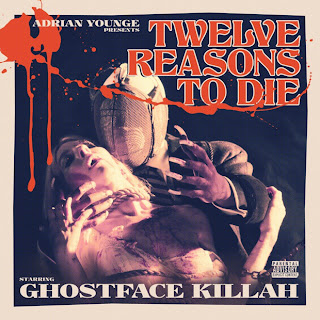 I can only speak for myself. Ghostface is my favorite rapper of all time, and probably the only “major act” remaining in all of music who can both make me aware of and excited about the now-vestigial but once-prominent phenomenon of a Tuesday release day. A new Ghostface album takes me right back to 9th grade, when I’d skip my fifth period class to take a double lunch period so I could walk a quick mile up to Nobody Beats The Wiz and buy a brand new CD for $16 just to be able to brag about it for the rest of the day.

If this scenario seems fucking crazy to you (“walking?”), that’s just how it was back then. Things are better now, but also nobody gives a shit about music anymore because nobody’s walking a mile to go get it because “Nobody Beats The Wiz” turned out not to be the case. Quite a few people beat The Wiz. Some very distant part of me misses it, but what is there left on a major label for me to run go buy on a Tuesday? Jack White? Wiz Khalifa? Please. Those names mean nothing. I’m a grown man. If I hear somebody on a major label did something good, I’ll pick up on that shit sometime between never and a YouTube.

Again, I can only speak for myself. My self at age 33 tends to listen to rock music on labels who don’t have the resources to set a “release date” more definite than “when it’s done, like June-ish.” So hearing about Tuesday release days is like reading a newspaper clip from 1910. But: I was excited when Ghostface’s long-dormant twitter feed lit up today with retweets of follower accounts of the new album, forcing my brain to fire up an old neural pathway: “Oh shit, the new Ghostface album drops today, better skip Spanish and go get it.”

It’s pretty great, you guys. It, um, it’s like more instrumental, because the guy who did all the beats on it is like this guy from L.A. who does movie soundtracks, like he did the soundtrack for that Black Dynamite movie, so it’s like this really great like raw psychedelic soul sounding thing. The verses are pretty tight, and it’s not all like trying to be a hit all the time because he’s like talking about like horror movie stuff, and he has a lot of Wu-Tang guys guesting instead of like all kinds of people from like his record label or whatever, so it’s pretty tight. You guys. Hey, you guys. Another thing? About the new Ghostface album? Is it comes in like this double CD and one CD is like just the instrumental tracks so if you guys want to come over later and freestyle at my house or whatever, my Mom won’t be home until 5:30 so we can do that if you want. You guys?

That kind of a thing.
Posted by Ben Johnson at 1:17 PM