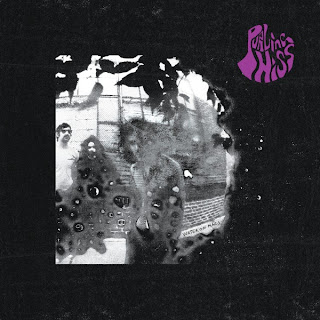 Let’s get one thing straight: I like tape hiss, okay? I’m no stranger to the “lo-fi” aesthetic, and I generally prefer things to sound a little rough around the edges, alright? I’m not into prog, or fidelity, or dynamics, or frippery, or Frippery, or ostentatious musicianship, as a human being and a music fan. I’m not hard-line about it, I’d just prefer not to be swindled out of my dough by a buncha Slick Willies in $400 motorcycle boots. It’s a guideline I tend to live by: don’t give money to people who have a month of my rent on their feet.

But Sweet Cheeba am I glad that the guys at Drag City picked Mike Polizze up out of whatever stoner’s hovel he was riffing in and gave him enough cash to record something we could all actually hear and understand. If you’re familiar with Purling Hiss, then you’re probably also familiar with the sensation of being blown away while simultaneously wanting more. It’s natural. You can be fully into all the tape hiss and the well-into-the-red distortion and the strange no-fi mixes of vocals buried inaudibly under caustic monster riffs, all while also wondering how long you’re going to go without a sign that there’s an actual song buried in there.

Well, here are the songs. Some of them are catchy, even. And there’s juuust enough shreddage spread over them to know you’re listening to Purling Hiss and not Dinosaur Jr. (it’s like a less whiny Dinosaur Jr., plus occasional spurts of Les Rallizes Denudes on top). It turns out Polizze is even more impressive when you can hear what the fuck he’s doing. If you’ve silently wished for this moment, wish no longer. It’s here, okay?

If you don’t know or don’t give a shit about all the cultural implication and artist development additives I’m tooting about above, or if you prefer to judge music on its own merits without tying in to some Emergence And Arrival narrative, then you’ll get a more than half decent guitar rock album for your trouble. Honest-to-God guitar rock is a near-extinct beast these days, so if you can spot one in the wild, you can consider yourself lucky regardless of the animal’s health. This one even gallops in places. Jump on and ride it awhile. If it doesn't stick in your craw as a classic, at least you've donated to a worthy cause. Save the beasts.
Posted by Ben Johnson at 11:19 AM