On Tilt For Record Store Day 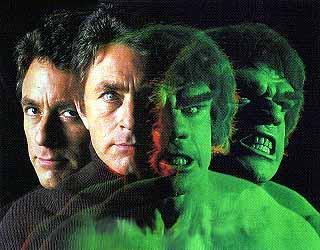 Record Store Day weekend is over and I’m waking up in a pile of rubble with a headache and inexplicable purple cutoff shorts like Bruce Banner. Now is the time when I look at my bank account and check up on inflated Ebay prices and see what the damage is. Did I kill anybody? What happened?

I’m old enough and, I’d like to think, smart enough to know better than to drop over $200 on records every year, but then whoever is in charge of Record Store Day chums the water and my eyes roll up into my head and I become a brainless buying machine. This is why I think people (self included) tend to get bent out of shape about the slate of RSD exclusive releases every year. We know we can’t help ourselves, so please do us a favor and don’t push crap on us. If it’s shitty, we will probably still buy it and then we will hate you for it.

This is why Record Store Day is such a cash cow. People who buy records generally cannot stop themselves from buying more records. As much music is there is that you can like, that’s how many records you will want, unless you’re some puckish happy-go-lucky type who can just stop at a dollar bin Cat Stevens discography and call yourself satisfied. That’s approximately none of us. You’re either fully not into records, or you’re fully apeshit for records. And now here’s Record Store Day telling us in the apeshit community we have to be somewhere at such and such a time or else we’ll never get anything we want? Okay, fuckers, you got us by the short and curlies. Now what?

My local favorite store Permanent Records, and I’m biased but it’s one of the country’s best, opened at 7am on Record Store Day. By some weird fluke of instinctual hormonal excretion I found myself awake and alive and in line for records at 6:30am on a Saturday. They are smart to have done this. It’s disorienting. It’s akin to some of the sensory deprivation techniques used in “enhanced” interrogations. It’s like the records themselves are slapping me awake and dragging me into a too bright room and telling me to buy them. It wears down my defenses.

This year was a good one for exclusives. I picked up a majority of the releases I had my eye on, the Ty Segall, the Oh Sees, the Bats and the Trouble In Mind and in the why-not category the Fela Kuti. During checkout I was told to also pick up the Snapper EP and obeyed and was later glad for it. Oh look at me. See what I did. Oh goody goody.

But do you know what else happened? Permanent just bought a huge collection of classic semi-rare punk/krautrock/pretentiousnoiseweirdo shit I love but don’t yet own, priced it in the tough but fair range, and then put it out for me to look at while waiting in line. This during the Record Store Day frenzy where my eyes look glaze over like a slot machine displaying a row of cherries and my wallet becomes a jackpot chute. The guys at Permanent Records did this because they are fucking assholes who want to destroy me. That is their job, and they are very good at their job.

So I went back a couple of hours later once the line evaporated and I bought another even more expensive bundle of shit. I was totally unconscionable. You know you’ve lost it when you’re excited to finally pull the trigger on the Lost Sheep 7”:

“Fuck it,” I thought, “now that I own it, I’ll be able to stop kind of halfway looking for it.” This is one way of looking at it. Another way is that I converted a certain portion of my time and effort into a goofy recording of sheep noises instead of something more useful, like a down payment on a house or a meal for a starving child. But you know what? It’s my time and my effort, and I want a goofy recording of sheep noises. Sorry.

And then there’s Discogs. Discogs is like Ebay plus Wikipedia except only for records, and they are also fucking assholes who want to destroy me. There’s a thing on there where you can tell them you want a certain record, and then anytime anybody anywhere in the world is selling that record you get an email sent to your phone. This feature is a convenient way to always always be buying records even if you’re at a movie theater or a Christening or taking a disastrous emergency shit in a KFC. If you ever hear somebody in the stall of a KFC bathroom yelling “No! Not here! I don’t need this right now!” tell yourself it’s me in there and this is the scenario. That’s Discogs.

But actually, the most satisfying record-buying experience I had this week came at the open-air flea market in the parking lot of Allstate Arena in Rosemont, Illinois. The cat is out of the bag about records, but sometimes they end up in the hands of these weirdo scavenger types who sell dead people’s power tools at swap meets and don’t look up individual records on the internet. The earth’s remaining scores require that you find yourself alive and awake and in the parking lot of an arena over by the airport at 11:00am on a Sunday. Then you can buy two Wu-Tang albums and a Spanish teenbeat LP for $18. 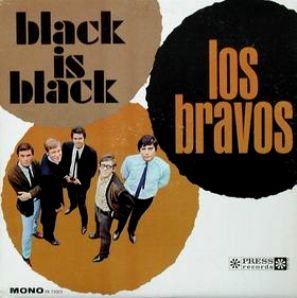 That is not exactly a princely haul, especially when you take a look at the all-over-the-map pricing for the teenbeat LP. And then you listen to the Los Bravos, and it’s basically proto-Blood, Sweat & Tears with a few minor sample-worthy breaks, and then you look at the Wu-Tang LP’s and you wonder if you bought this whole package because some utterly mistaken portion of you thinks you’re a hip hop producer. But still. After a weekend of bleeding greenbacks from every pore, buying any records anywhere for a reasonable sum less than what they might be worth will feel like the greatest accomplishment of a lifetime. The only thing better is not buying any records. And we all know that’s not happening.

Side conversation: is there a comic book out there which for “realism’s” sake has the Hulk in it beating the shit out of everybody with his giant green dick and balls just hanging out? Does he have Hulk pubes, or does his Hulk body expand past the length of his pube hair? When Bruce Banner wakes up, is every single hair on his body suddenly ingrown and he has to go sit in the bathroom with a pair of tweezers and methodically pluck out his entire bush? That would be awesome.