If You Build Your House with Turds, You're Gonna Wake up Smelling Like Shit 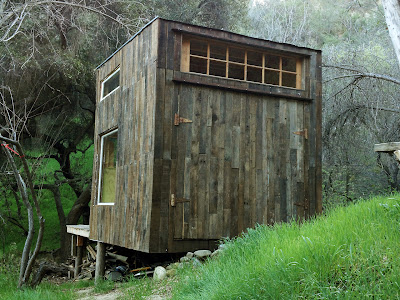 There are two inspirational phrases that I think about often, and try to apply to my life. One is an actual phrase that people know, and the other is a clunky grouping of words that I made up myself. They are: "Be careful what you're building your house with." And, "Don't sit too close at the ballet."

"Don't sit too close at the ballet" is a thing that maybe exists in the world that other people have heard and perhaps use in conversations. It basically means that for the most part, anything or anyone who you find to be cool and admirable is going to be revealed as an actual piece of trash once you get right up to it/them.

"Be careful what you're building your house with" is a personal mantra that I adapted for myself because I guess I think a lot about time, and how much time makes for a life, and how we only have one life, so we shouldn't spend the time that makes up our one life by working hard for things that don't give a shit about us, maintaining relationships out of convenience, weakness, or utility, or sucking the ubiquitous D. I guess maybe I'm writing a poem now, but as I see it, each day we spend alive contains memories, choices, and failures (both big and small) that build a house of sorts, a house that we live in as a thing that takes up space in this world. A house that both inwardly, and outwardly, makes "us."

I have admittedly made the hardest possible life for myself because I refuse to hang out with people who I don't like, even when it would clearly benefit me to do so, and will probably get fired from every job I ever have for the rest of my life because I will probably not go to the office holiday party, and will not write about your boyfriend's shitty band, and will not interview a flash in the pan rapper because they paid for your abortion or bought an ad for the site/magazine. I say "no" more than I say "yes," and the world as a whole hates that. But it's ultimately rewarding because in the end, you can look back at a situation and honestly say "I did not do a single thing that I didn't want to do, and everything I DID do was better than what everyone else did because I rule and they are all mongoloids."

Saying "no" to things just to say "no" isn't good. I think there's definitely something to be said about leaving your comfort zone, and opening yourself up to possibilities. But I think that the next time you say "yes" to something that you have no interest in, don't actually want, and most importantly - don't respect or consider a valuable tool in that day's "house building" maybe you should ask yourself the following question:

"Am I a spineless asshole/douche bag?" (OR) "What am I building towards?"

In my mind, and maybe I'm wrong, being a grumpy jerk is hilarious and fine as long as you are good to your friends, family, girlfriend, and work hard at what you love. And by "friends, family, girlfriend," I mean the people who give back what you give them when it comes to raw love and emotion, not the people who you dump endless hours of effort into, with little to no return, in hope that they will one day manifest as these things in your life that they do not have the emotional capacity to be. Being a grumpy jerk for no reason though is a sign of weakness. Both physical weakness, because maybe you don't have the energy to actually get up and around and put effort into things, and emotional weakness, because you are building "your house" with toxic crap that isn't good for you, or anybody else. Why do a thing unless it builds towards something? Seems simple. But I'm not saying that it is. It's something we should all think about more though.

This was originally going to be a thing about my time spent as a music editor. I guess maybe it was.

@WolfieVibes
Posted by Unknown at 9:01 AM