It's a Hard Life for the Ambitious Antisocial 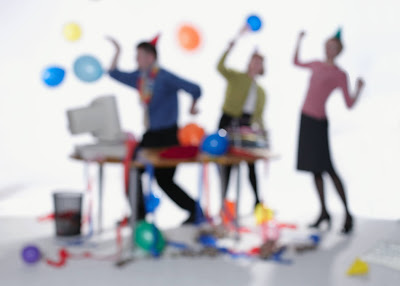 Sometimes I'll be sitting around in my apartment, having a cup of coffee or whatever, and I'll start thinking about my career. I'm sure a lot of other people do this, sit around drinking a beverage, or not even, while thinking about their career, whatever their career might be at that time. As I'm participating in this solo activity of thinking about my career, I'll often wonder why it is that I've had some of the coolest jobs, and held some of the coolest titles a person could hold or have, other than Executive of Eating Ice Cream for Money, and yet none of it has really, outside of the ego fantasies playing out in my brain, gotten me anywhere. I'll think this for awhile, and then I'll realize, oh yeah, this is probably because I have crafted my whole personality, work ethic, and therefore - life, into being a fully functioning, self-contained army of one, under water breathing apparatus, and as much as it works for me, that just doesn't "work" in this world we all live in. Therefore I'm fucked.

There was a point in my life, not too long ago, when I worked as the publicist for a beloved indie record label known for squashing the corporate ogre and hacking the planet. I thought this would be a great fit for me, as I too enjoy hacking the planet and making/doing things myself. The small town that has built its entire existence around this label is populated by all manner of outcasts and deviants, which I also figured would suit me just fine. In the end, regardless of the noted improvements I had made on their roster's publicity, I was run out of town for choosing to spend my nights alone in my apartment, rather than out at some show or vegan pot luck, and for shopping at Ralph's rather than the Co-op. This is but one example of the many I could give which has, over time, proven to me that for some reason it is not so much important that you do a good job at your job, but that you attend lactose free cake cutting ceremonies and cocaine bungalow parties. And you have to attend these things every time time you're asked, and you have to be there for at least ten hours, or it doesn't count. If you go to a cocaine bungalow party on Monday, Tuesday, Wednesday, but then skip Thursday, you're an asshole and you're probably going to get fired on Friday. That's just how it goes. I don't make these rules, so don't be mad at me. I'm just learning from them and passing them on so that when you graduate from college, you will not expect to keep your first job by doing good work at it. It's good to know in advance that signing over your after work hours, and weekends, is all very VERY much required. It's probably good to fuck a few people too. I mean, it doesn't seem to hurt.

Ponder this: Can you recall a job you've had where you couldn't help but notice that the laziest, most pedestrian thinking, slow to act or follow through on independent ideas or projects, type of people became immediately swallowed into the warm, sucking vagina pit of protection at your place of business - just because they went outside to smoke with everyone every five minutes, while people basically wished the HIV virus upon you, and blew spit wads into your hairdo - even though you clearly work hard and are kind of better than everyone else in the noggin department? Are you pondering this? Has it happened to you? Were you able to remedy it by bringing in cupcakes or something? Oh you were?? That's fantastic. Let's make a list.

Top five things you can do to keep your job aside from working hard at your job:

1) Know EVERYONE's name. Even the interns. Call them by their name every chance you can get. Like this: "Hey, Stuart, can you pass me that marijuana cigarette pipe that Snoop Lion sent us?? YOLO, am I right???"

2) Don't ever look like you're thinking about something. Just look open to RECEIVE. It's not so much important that you have a thought, but that you can TAKE one.

3) I know you would think that it's enough to GO to work events, and then just stand behind a plant, but it's not. It's not so much important that you're THERE, but that you end up in all the pictures from the event, or do the wildest thing so that people will talk about how crazy freaky wild you are the next day, or on Youtube. The next time you go to an office party, take up alpha status at the center of the room, punch the largest person there directly in the nose, and then anally fist someone while doing coke out of a shoe. You will get a raise. The only raise. 100%

4) Are you funny, smart, warm, and selective in who you engage with socially and romantically? Meaning: do things "matter" to you? You're doing everything wrong.

5) When's the last time you've texted someone to get Froyo with you? And do you ever take pleasure in eating lunch alone? I think you should be concerned.

Go out there. Talk to EVERYONE. It doesn't matter if you want to. It just matters that people see you do it. Go team go!