We're White Guys And We Want Our Mommies 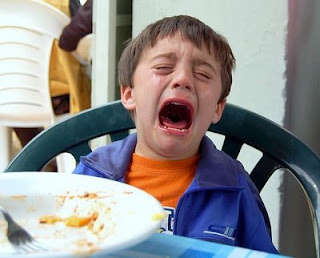 So the Supreme Court just decided that you can't deny federal benefits to people just because you don't like how gay and married they are. This is good. It was not a nice thing of us to do to deny people federal benefits.

I don't know much about them. I probably qualify for federal benefits I don't know anything about, or just take for granted. I'm not a couple of gay married people trying to do be together and live a life. I'm more of a don't ever look at the mail until it's ankle deep in the vestibule type guy. I get to be like that. I'm white. I'm a white guy who likes vaginas. The laws all love me. They don't say I'm worse than anybody. It's nice.

A friend of mine, Katie Heindl, told me recently that arguing with white guys is her Achilles Heel. I can totally understand that. It's tempting. We're wrong SO often. We're wrong all the time. Literally all we've ever done, pretty much if you think about it, is be wrong. Not each individual one of us, but us. We're wrong.

Why are we wrong? Because we have this attitude like "we're right." Not some unified thing where we have big marches on the Lincoln Memorial and sing "We Shall Overcome" because we want the world to know that we're right, us, all of us together are right. Not that. Instead we're wrong because each of us, individually, as humans, have the same impulse that most people have, which is "I'm right."

You say "I'm right," and if there's such a thing as being right, you're also wrong. That's how that works. Rightness and wrongness are the same thing.White guys usually have a version of saying they're right that sounds like, "I'm different from that thing, I'm right, it's wrong, I know what I'm doing and what I'm talking about, I have all the information, or at least all the information that matters, and I've rendered a decision on it that I'm convinced is the right decision, and I don't want to listen to any more input because it won't matter because I'm right." Acting like this is basically the same thing as admitting you're wrong. You've seen this in action. This is familiar to you. Some guy is jub jub jubbing about "Obamacare," and you just know for a fact that he's wrong, no matter how well informed he is and you're not. He's wrong. It's just there bleeding out of his White Guyness onto you lap. You know he is wrong.

But: don't. Don't argue with us. We love to argue. We're addicted to feeling like we're right and somebody else is wrong. That's the whole problem. It's why the world is the way it is. Some weird cultural thing about knowing better than anybody else what's best. Probably evolved in some cave man brains so you could bash a rival clan's skull in and take their resources, because, harshly, that's what it takes to survive, and then instead of being crippled by guilt about it, you go, "Well, they were wrong, they put bones in their hair, what the fuck is that, fuck them, they're dead, I'm right," and then you go on about your merry way being a cave man.

It's a universal human condition. We wouldn't be here at all if we didn't have "I'm right" wired pretty damn snugly into some long-distant stupid ape brains. It's just that some of us, let us say "White Guys," have throughout human history dominated more thoroughly than others, and so have said "I'm right" the most often and most egregiously, and therefore have been wrong the most often and most egregiously. Therefore we are pains in the ass of everybody.

You're having a barbecue on Saturday, who are you gonna invite? White guys? With our little rubber sunglass holders and our Crocs that we wear while holding a beer and confidently opining about sports like we'd have any damn clue in the universe how to play quarterback without dying immediately? Have you ever spent like one minute with us? No way. No way you're inviting us. We're wrong. We suck. We're gonna bum everybody out. It's Saturday. You get a break from us on Saturday, the way we stand around the water cooler and say "Let me ask you a question," which is a COMMAND, followed by a question. We are not invited to your barbecue.

Is this fair? Is it fair of me to speak this way about "White Guys" like I know ALL guys who are white? No, It's not. I'm wrong. I'm wrong, you guys. How am I wrong?

That's the question: How am I wrong?

That's the solution to "I'm right." Pretty much everybody needs to ask how they're wrong and then figure that out and then proceed from there, trying their hardest not to be wrong in the ways they have discovered that they might be, and, you know, that way there will be less wronginess. It's really all you can do. You can't really unwhiten us White Guys any more than we can de-female or de-gay or de-"person of color" you (some of us are actually working on it, which is fucking insane).

Right now I am being wrong about saying each white guy in the universe is wrong. That is wrong of me. Each individual white guy is NOT wrong simply because they're a white guy. A LOT of white guys are wrong because they do not often enough ask how they're wrong. I know this. I am a white guy. I have this in my brain. Most of the time I think I'm right. I'm sure as shit think I'm on a roll right now, you guys. Look at me. Talking. Jub jubba jubba.

You know that awful feeling you have when you see or hear yammering white guys talking about "what Obama should do" in-between bragging about new grill techniques? Imagine how awful that is when it comes from inside your own head every single minute, and you don't always have the energy to stop it from spilling out. It's a nightmare.

It's maybe not as bad as "everybody in my family, everybody with my skin color in this whole country used to be property and now I'm getting pulled over" and/or "I could always get raped at any minute if somebody just decided to do that to me and now a white guy is telling me about abortion like I'm stupid" and/or "people act like I'm invisible because they don't speak Spanish" and/or "I'm not allowed to get an emergency operation via my husband's health care because we're both dudes and we live in Indiana," sort of constant reminders, but still.

Every White Guy has to constantly try not to be an asshole despite their most basic nature, which is complicated by that fact that if they fail, nobody really cares. Tough one, right? No? Opposite of tough? Same thing we all have to deal with as humans, only everybody else has to deal with that PLUS all the White Guys telling the world how right they are all the time when in fact they are wrong all the time? Okay. Okay, good. That's a way I am wrong, then.

Anyhow, the arguing. Arguing is no good. Arguing is two people saying "I'm right" and "you're wrong." That doesn't work. If two people do that, both people are wrong about some things, namely "I want to tell you why you're wrong because you're wrong and I'm not," and both people are right about somethings, such as "I am not personally responsible for the forces that have combined to make me wrong in this exact way I am right now."

It's definitely better for one person to go "how am I wrong?" and then LISTEN, and then the two people can switch, and that's called a conversation and it might be good. An argument just entrenches everybody in the conviction that they are right, and when one of the people being entrenched is a white guy who's never asked how he might be wrong, the other person getting entrenched is the loser. Because White Guys, especially loudmouth White Guys, have everything their way. They have it their way so much they don't even have to ask how they have it their way. You don't want to entrench those guys even MORE.

Just go "uh, huh," and then be awesome and don't invite them to your barbecue. They want to spend the rest of their lives alone not being invited to barbecues in order to pretend they're right to anybody who'll listen (nobody), that's their sadsack life choice. You don't have to deal with that.

If you're really dead set on confronting a White Guy because they are just SO WRONG you can't stand it, here's a dirty White Guy secret: what agitated white guys really need is somebody to say "LOOOOOK how smarrrrrt you are! Did you think of that all by yourself?!?! Such a smart BOY!!! Mama LOVES you," and, you know, really MEAN it. Then maybe then they would relax.

Those other white guys who are not me. The wrong ones. What THEY need is their Mommy. Not me. I don't need my Mommy.

How am I wrong? I'm wrong about my Mommy. I need my Mommy. We need our Mommies, you guys. It's weird out there. Dudes are marrying dudes and then exchanging federal benefits all over the damn place. Mommy. Mommy, mommy. Tell me I am a strong white guy who is not a gay. Please please mommy.