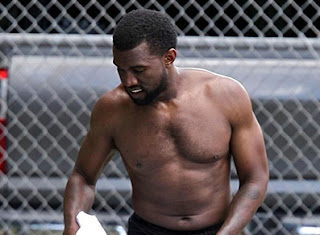 This is not a decision I made consciously. It just happened, and it’s been nice.

I can trace my post-Kanye life to sometime around 2007, when Graduation came out. People said it was good and I bought it, like gave some actual money’s amount of my money for it. I think it was even on a CD which to me now is like “ew.” Not only was it not good, it was so not good, subjectively, it changed the way I thought about music. Some deep inner switch flipped and from around then on it was fuck Kanye, fuck Pitchfork as a source of information about what is good and what is not, fuck the CD format, fuck paying for music based on what other people say rather than what I hear with my own ears, fuck bigtime radio airwaves music, and especially fuck anybody who discusses it in a scholarly fashion like it should be important.

If you’re not familiar, Graduation was the “brave move forward” for Kanye that catapulted him, like the stupid cartoon bear on the cover, from a good rapper and great producer of beats into a pop phenomenon not bound by any genre other than, you know, shitty. I hated it. I hate it now. I hate talking about it. Why? There’s no point. He did it. He’s gotten famous enough and made enough money for it to be okay for any given individual human not to ever talk about him ever again. It’s the most sensible reaction to him.

He’s done other things since then, such as the thing with the talking and celebrity baby things and that double album where he sampled krautrock. I am dimly aware of his career because you can’t not be. He’s at the point of saturation where context is provided for you whether you like it or not. His mom died. Kim Kardashian (she's another one). Knowledge of Kanye West is constantly blasted into your skull. You can’t avoid it. You can only let it wash over you.

So I was complaining about being burnt out on writing and Kelly McClure told me I should listen to the new Kanye album, which is like great, fuck you, Kelly. Not writing is worse than listening to Kanye West. You win.

I wonder what this one’s gonna be about. I’m gonna guess Kanye West. Oh shit, is that a Gary Glitter sample? Did we just finance a little international child molestation? I just checked and it’s actually Marilyn Manson, who may or may not have molested children yet. Oh man, this is great. I’m really into how awful this is. Turns out this song is about Kanye. Some sort of… no. fuck this. The song’s about Kanye West. What am I gonna do, listen to it? No I am not.

I don’t. I can’t even. I Am A God. That’s the whole thing with this fucking guy, isn’t it? This song is like being inside of a panic attack.

Making “fuck you” statements about the power establishment is the one thing Kanye routinely does that I can get behind. “George Bush does not care about black people.” That kind of a thing. This is his song on this album that’s like that, and he has to do it because the only compelling thing about Kanye is he could say anything at any time. Gucci Mane might get a tattoo of an electric ice cream cone on his face. Kanye might talk about fucking rich white people’s trophy wives, which would be better if he said something about giving them AIDS. Not that Kanye has AIDS as far as I know, just, you know, go all the way with it.

I just looked at Kanye’s Wikipedia page. It says he just turned 36 years old. If you’re 36 and “liquor” is still even a subject of conversation in your life other than “sometimes I have a nightcap right before bed when my back hurts,” maybe you should act like a fucking 36 year old and take care of that shit. Don’t tell me about it. I don’t care. Also: there’s a 90% chance Kanye has contributed to his own Wikipedia page, and the dead giveaway is when it calls him a “film director and fashion designer.”

This is a sex song. I am a grown up man. I don’t need to tell anybody about what I do sexually, and I don’t care what anybody else does sexually. Kanye’s penis has no place in my life.

The title is from a sample of Nina Simone’s rendition of “Strange Fruit,” which is as close to a sacred text as there is in music. Kanye says the word “bitches” after 44 seconds of lugubrious faux-profound intro.

Now we’re going from a sonic co-opt of dubstep’s mania into a layered, juttering Animal Collective thing. People talk about Kanye’s bravery as a producer sometimes, but really all he does is borrow whatever’s big elsewhere and use it as a framework to rap about himself. This album is his take on dubstep. I mean, I don’t know. I’m running out of things to say. This is brutal. I feel like Kanye should be paying ME for this.

We have a guest appearance. Right on cue. Who is this? King L. I can’t keep track. I don’t care. I’m at the point where I’m turning the music off and just reading other blogs of other people who did track-by-track reviews of this album. Which is a depressing thing to be also doing. Apparently according to this one Kanye refers to his dick as “Yeezus” on this track.

Yeezus is the name of the album.

I am here and I am listening to Kanye West’s dick and I am telling you all about it and I want to die. All anybody anywhere is doing is talking about Kanye West’s dick. Pitchfork gives Kanye’s dick a 9.5. Time Magazine calls Kanye’s dick “manic, melancholy, and brilliant.” According to The Guardian, Kanye has a four star dick. This is the ultimate Kanye West move. Get so famous you can trick people into talking in reverent tones about your nickname for your dick, make a shitload of money from it, maybe later you can even tell people they’re stupid. Then do a thing and brag about it and then Kanye West Kanye West.

I am ready for this to be over. This: the version of life that has this in it, in which Kanye West is alive and music sounds like this and people are talking about some dude’s dickname album like it’s the same category of thing as an Alexander Calder sculpture.

Here’s Kanye talking about enjoying how good some woman looks over a vintage Kanye slow soul sample beat. He pretty much invented using vocal samples for a beat. Okay, so he can still be what he used to be, except plus all this other stuff too. Okay. He's a guy. He's a guy who does things for a living. Okay. I'm calm. I can be alive.

At this point I hear the opening strains of “Sunday Morning” by the Velvet Underground, and I am so excited. Kanye’s going to drop the mic and ride out on a VU sample.

No. The album is over. I am listening to something else now and didn't know it. I am loving every second of it. I am going to continue to do this as much as possible for the rest of my life.

I am not going to listen to the Kelly McClures of the world, telling me that this thing, Kanye and his penis and everything ever involving the world that involves anything like this, is a thing. No. I get to decide. This is not a thing. This is no thing. Nothing. It does not exist.