Internet Runs out of Ideas - Makes Web Series About Me and My Girlfriend. 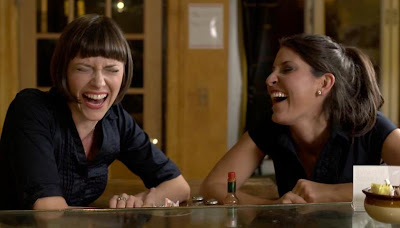 Let's watch this together and then talk more about my life:


Okay, I had to skip past the opening segment because it was making me sick, but then I heard a thing about them not paying their rent, and going for brunch. Do people really think that that's all there is to talk about when they talk about girls (NON GAY ONES! THEY ARE NOT GAY!) living in Brooklyn? I eat brunch sometimes, but I also do more before 10am than most people do all week, so make a show about that you fuck face. We shouldn't be watching this. I'm sorry. Let's just, let's do something else now. I'm sorry. I don't think I like comedy things anymore. People are bad at it.

@WolfieVibes
Posted by Unknown at 10:35 AM