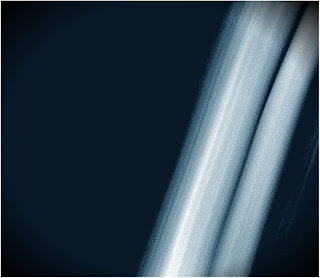 One corner of my brain is a pretend laboratory bustling with a dedicated team of imaginary scientists, and they are hard at work trying to explain the bizarre staying power of Gap Dream’s debut album. “It is totally inexplicable by all measurable values we’ve come to understand about music,” say the scientists. They are distressed about this. They’re working overtime. The atmosphere is tense. It’s like CERN in there.

The album, sonically, is derivative. All the songs sound the same, amounting to a repetition of meter and minor riff variants and similar overdubs, a landscape painted in monotone. There aren’t many hooks. The lyrics are neither especially evocative nor particularly relatable. The vocal delivery is distant and unemotional and reedy. The overall effect is of a horribly out-of-vogue pleasant bittersweetness that was last fashionable back before The Shins were a punchline. It has a hazy shuffled-off quality without being charmingly shambolic. It is neither professional nor amateurish. It is an immovable lump of warm sound.

And, logistically, worse than all of that: a January release. Releasing an album in January is unfairly a death knell to credibility. Nobody plans to release an album in January. It just comes out then because somebody somewhere fucked up. Somebody was unreliable. Somebody’s on drugs. Somebody’s a clown. Somebody flaked. Maybe it was somebody at the recording studio or the record label or in the design process or in the pressing plant, or anybody along the line who might fuck up an album’s release date.

But really: the artist. If they were unable to get things the way they wanted it in time to get the album out before Christmas shopping and best-of list season, then the least a gives-a-shit artist could do is wait until February or March for the release. If for no better reason than to avoid the stink of January. It shouldn’t be that way, but it is. It’s just psychology. January releases are for flakes and weirdos and hobbyists.

And the cover. “Oops we need a cover.”

By all outward signs, this album is not to be taken seriously.

When you hear something like this, the natural best case scenario is bemused appreciation. Oh, good for him. This is nice. I’ll put the name “Gap Dream” in the back of my brain somewhere with the other musical acts that I don’t currently love but might some day. File in the “has potential” bin. Worst case scenario is the “nice try” bin. The “it’s generally good that we’re doing so much reverb these days” bin. The summarily dismissed bin. The “this will never be anybody’s favorite anything” bin.

But I have failed to stop listening to this album and it’s been over a year. It’s gone from “has potential” to “is good” to “staple.” I listened to it three times this morning because I needed to. That’s where it is with me right now. It’s been upgraded slowly and steadily from feather duster to ton of bricks. In the common parlance of the music-addled, it’s a grower. A monstrous grower. Like “we forgot to mow this section of lawn and now we have an oak tree.” From a completely unassuming beginning. Against all odds. In a world without justice one man stands alone. That whole thing.

And now it has a narrative of its own. Not only do I like this album, I LOVE to like it. Every time I put it on, I feel like I’m putting a stick in the eye of focus-grouped careerists everywhere. The very obvious above-stated reasons not to care about Gap Dream have become little war banners to pick up and gallantly run with towards the onrushing death of Pitchfork-targeted Best Coasts and Dirty Beaches.

I say NO to marketing budgets and youth fashions. I say NO to getting your shit together and taking anything seriously. I say YES to album covers which communicate NOTHING. And I say YES to hazy druggy unfocused bittersweet music, even when it sounds almost exactly like everything else, and I especially say YES when it’s as contented as this album is to merely exist without really asking me for anything.

That might be the number one reason why this album stays in rotation. It’s not going to bother me with anything. It’s no muss no fuss. In other words, it's not FOR scientists.

Listen for yourself. But be careful. You won’t not like it. That’s how it starts.

@itisbenjo
Posted by Ben Johnson at 11:27 AM