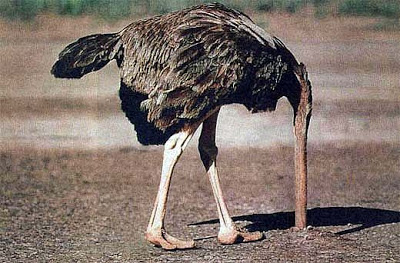 David Curcurito of Esquire Magazine is done with modern music. Or something. I don’t know. He put in an article over there about how music these days doesn’t have balls anymore, and said at least Die Antwoord has some sense of fun and danger to it, and basically riffled off a bunch of pretty decent jokes on the topic. It didn’t make me mad.

It also didn’t make me mad when this one, by Your Music Is Awful blogger Kitty Vincent, made the rounds of social media a little while ago and said roughly the same things.

Mumford & Sons is not good. Fleet Foxes: not good. Lumineers are not good. I mean, actually, they are good, and that is the problem. Those bands play good times music for good times people. They have no bones to pick with anybody. They are smoother than Rayon, the perfect soundtrack for flab-riddled middle aged hippies to make gentle meditative love to each other, whispering nurturing pop psychology banter as they delicately climax in an embarrassing spasm of controlled bliss. And their albums get categorized as “rock” instead of “horseshit,” and therefore people from other planets might get confused and think this is “our” music. This is worrisome.

None of this makes me angry.

It makes me sad.

First of all, music is fine. There’s plenty of menace in it, if that’s your thing. You just have to look for it now. That’s what the internet has done. Everybody has to do their own thing. If you expect to sit happily in an ivory tower while an algorithm owned by a multi-billion dollar company spits out something new and exciting you might actually want to turn up the volume on, you’re deluded. That’s not how it works.

The internet is a hive of payola. Not just monetary payola, which there is probably a lot of, but massive, pervasive payola of perceived social capital. Blogs like this one want to get noticed by bigger, wider audiences, so they say “Mumford & Sons is good,” hoping to be retweeted by the official Mumford and Sons Twitter account, which has 307k+ presumably braindead followers. 307,000 hits on a shitty puff piece is, if you’re properly engaged in tireless self-marketing, enough to build a freelance career on. Meanwhile nobody’s actually done anything except Mumford & his fucking Sons sang some sensitive-ass song about horses as a relationship metaphor or whatever.

Full disclosure: I have not willingly listened to more than one Mumford & Sons song. I couldn’t tell you what song it was. I listened to one song all the way through because I wanted to make sure that Mumford & Sons sucks as much as they apparently do. To me. You can go ahead and like Mumford & Sons all you want, and I have no real criticism of that choice other than jealousy. You must spend your days in perpetual lobotomized bliss. I’ve never been relaxed enough to enjoy something like that. Must be nice.

But also, and this is important, I HAVE NOT WILLINGLY LISTENED TO MORE THAN ONE MUMFORD & SONS SONG. Do you understand, people? YOU CAN AVOID THIS. “Music today is limpdick swill, oh boo hoo hoo, woe is me, it’s at the point where I don’t even WANT to listen to commercial radio or Shazam all of my music choices from car commercials.” Well, yeah, dude. Sorry. There’s a shitload of great stuff out there that you’re too stupid to find because you’d rather complain about how Pandora and Spotify and Rolling Stone’s Top 10 Ad Sales Superstars is only giving you Mumford & Sons. Which, to be fair, is fun. Mumford & Sons sucks. It sucks.

Nobody is going to throw a brick through your window and demand your attention like they did occasionally back in the Mtv days. You have to get out of your house and venture over to the brickyard and see for yourself. You don’t have to go far. You could even look at what’s happening on the “urban” side of a major label. I mean, you want danger? How about a 16 year old under house arrest for waving a gun at a cop? You can’t even watch that video right now, and maybe if you are white, ever. It’s Not Safe For Work. It’s Not Safe Period.

I love Chief Keef. He’s as dangerous now as Little Richard doing "Tutti Frutti" was in the 50’s. Little Richard was “I’m a grown ass black man and I’m smooth as they come and I look like a pimp and I’m going to come to your house and fuck your daughter and she’s going to LOVE it.” Chief Keef is “I’m a fucking crazy black teenager who could do fucking ANYTHING at any given moment, and I’m high as a kite, and I don’t care who you are or what you do, I will end a human life without even holding my breath while I squeeze the trigger because that’s where I’m from and what I’m about.” Sure, they’re both stories. And they’re both realities. And they’re both dangerous as fuck given their time and place.

As far as the timeline of internet discussion goes, Chief Keef is old news. But in the real world, he’s an Interscope recording artist. And: he’s got three times as many Twitter followers as Mumford & Sons. It takes zero effort to find him. He’s there. His one YouTube has 26 million hits. I heard “I Don’t Like” blasting in a car stereo store in an outlet mall on the outskirts of Kenosha, Wisconsin last week. You can’t saturate America any more effectively than that with a song about not liking snitches. That should be more than enough of both danger and popularity to satisfy anybody who wants to complain about a lack of danger in popular music.

Here are some Google searches for you: Ty Segall, Thee Oh Sees, Tyvek, Metz, Pissed Jeans, Puffy Ariolas, Obnox (sorry--not a white guy), A Giant Dog, Savages, Davila 666… Oh yeah, and I almost forgot about Zig Zags, who retweeted this blog’s glowing review of their tape last week to a total of 56 enlightened followers. (Followers don’t mean shit. Give me leaders.) I mean, that’s just an EXTREMELY SMALL primer of who’s out there rocking people’s faces off RIGHT NOW. You could spit near a music venue anywhere in America right now and probably hit a better band than Mumford & Sons. Please try it. You. Everybody. This is for everybody. It’s for me too. I’m leaving people out. I’m currently blowing it.

What makes me sad about these lugubrious “oh no music’s no good now” pieces is two things: 1. These people are getting paid more money than I am; and 2. The real complaint is “oh no I’m bad at my job of telling people about things.” Come on, guys. Scratch the surface. Look. Come on. There’s a whole life under here. Please. Maverick. We need you, buddy.