Let’s All Get Comfortable With Sucking 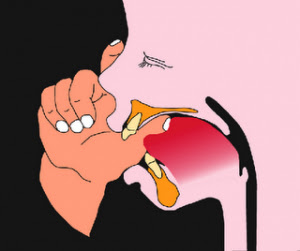 I worry. Do you people ever do that? Worry? It’s pointless, but I do it. I was at home last night listening to my records and getting way WAY too worked up about a DJ gig playing records before and after a Man or Astro-man? show at Saki that’s over a month away. But it’s fun to go through your records because somebody asked you to. It’s a nice change of pace. Usually it’s just me alone, having a Me Party. Now I have a sense of responsibility. I think “what about this?” and pull a record and put it on and think “no, that’s gonna bum people out” instead of “no, this is bumming me out.” I got so caught up in it, I completely forgot to watch hockey and read my Travis McGee book.

Playing records in public is an odd exercise. Nobody ever gives a shit. Name one time you’ve given a shit while being in a room that had a person in it who was playing records.

Maybe you’ve thought “oh cool, they got a guy here playing records,” or, “oh great, it’s one of THOSE, somebody catch me, I’m swooning because of how cool this fucking brunch place is.” But you’ve never given a shit what records that person is playing. Unless you HATED what they were playing, in which case you, normal human being, were probably like “this place blows, let’s leave,” and thus immediately solved the problem of giving too much of a shit. Or, if you’re a drunk idiot, you took matters into your own hands and went up to the DJ and requested that they play Jethro Tull or whatever other drunk idiot thing you like.

Nobody except complete weirdos gets all excited about the records a DJ is playing. Can you imagine? If a DJ had a following of people who liked the records that one person played? If another human being actually got up out of their house where they live and went to a totally different place just to hear another human being play records? That would be sad.

I guess that happens. You know, if there’s dancing. If it’s like a dancing place. Maybe. And if there was booze and you could get laid if you went to that place. Maybe. But following one specific person who plays records, as opposed to general enjoyment of the Saturday Night Come Drink Booze And Dance And Get Laid Club? Does that happen? That shouldn’t happen.

Nonetheless, one’s taste in music is a very personal thing. You can get a little self-conscious about offering it up for public judgment. Even if it’s the feeble judgment of nobody but drunk idiots giving a shit unless you’re so bad at choosing and playing records you actively ruin somebody’s chance of getting laid. Even if the stakes could not be lower. Even if the number one most expected outcome is universal indifference and nobody is going to pay attention. You’re still putting yourself out there for judgment. It’s like life. Double rainbow all the way, you guys.

I tend to think in worst case scenarios. I worry. And the worst case scenario for a DJ gig is somebody I respect would come up to me and tell me I suck. That my taste in music sucks. That I chose the wrong records, both to own and to play. And since this fictitious person would be somebody whose opinion I value, for instance Brian Teasley, and they would say this and make me feel like a real horse’s ass for living my life the way I have so far. That’s the worst case scenario, here. That Brian Teasley, a guy I’ve never met but really liked the intro he wrote probably like ten years ago to a feature in a zine that I also wrote for, is a bully.

But then I realized something. Brian Teasley sucks. I mean, he’s funny, he wrote some funny shit once upon a time, but he’s just a dude. He was a drummer in some good bands. If he, nightmare high stakes worst case scenario he, is a bully and tells me I suck, what I will do about that is I will tell him HE sucks. And I will be right.

I can’t emphasize enough that this is all happening in my brain. It was not a thing that happened. Or that will happen. It’s not even worth sharing, really, except insofar as it’s funny to write a blog about Brian Teasley sucking just because my own insecurities made me picture him in my brain being an asshole about the number of times he’d had to listen to a DJ  play “Telstar.” “Do you know how many times in my life I have heard that song,” he would say, “what do you want to play next, ‘Margaritaville’ or ‘YMCA?’” I think in mind’s eye he was also wearing his robot costume from Servotron. This is a moronic thing to be afraid of, because it would be funny. 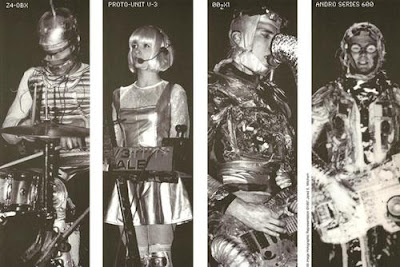 Anyhow, as I was deciding against even bringing my Sound Ceremony reissue, and having a totally pointless worry-based internal debate with an unrealistically dickish veteran rock drummer, I had this minor epiphany: I suck. Everybody in the world sucks. As soon as you say something else sucks, which you have to do if you’re being honest because almost everything sucks, you also have to come to terms with your own massive, incurable suckage. We’re all one big happy human family, all sucking, all day long, every single day. Not a single one of us doesn’t suck. Even Louis CK. He sucks. He SUCKS. Okay? He sucks.

And even though we all suck, all of us all the time, we still have to say that things suck. Because people always always want to act like they don’t suck. I know I do. I want to act like I don’t suck. Because I suck and I know it and I’m afraid to admit it because what if everybody finds out how much I suck, you guys? Well, guess what. I suck a lot. I suck almost all of it. I’m trying my best to be up front about it. A lot of other people won’t. They’ll get all upset about it if you tell them they suck. They’ll be like “no I don’t.” Bullshit. You do. You suck.

Repeat it to yourself. “I suck I suck I suck.” Shout it to the heavens. You suck. It’s great. You’re gonna love it. And if you ever see anybody say, “Why do you have to be so negative, why can’t you just do your own thing instead of telling me that I suck,” remind yourself how much that person, while making a good point, sucks. A lot. They suck so bad, they even suck AT SUCKING. An honest person would be like, “Ya got me. I suck.” What they do instead is bitch and moan about everybody reminding them they suck all the time. Well, somebody’s got to. Apparently you’re not doing it yourself.

Maybe there’s an argument for lying to yourself about how much you suck in order to get anything done. Sort of a, “Here we go, hopefully this won’t suck.” Well guess what. Doing something and sucking is the only way to suck less. True G’s hope they suck, so they can learn how not to suck. I hope I try my very best and yet totally suck at playing records. I hope nobody gets laid. I hope everybody requests Ke$ha to the point where I’m ashamed that the only thing I know about her is she’s the one with the dirty picture. Actually I don’t hope that. The only thing I’d learn from that is not to leave the house, and I’m trying to learn not to worry and that things are fun.

Hey. If you guys are in Chicago and aren’t doing anything June 15th, there’s a decent chance you’ll be able to see me have a nervous breakdown while playing some records you’ll probably hate. At Saki. Before and/or after Man Or Astro-Man? play. They put on a good show. Should be a fun time. It’ll probably suck, but hey. Everything else you might end up doing with your time will also suck. Guaranteed.